Plant a tree in memory of Greg
An environmentally-friendly option 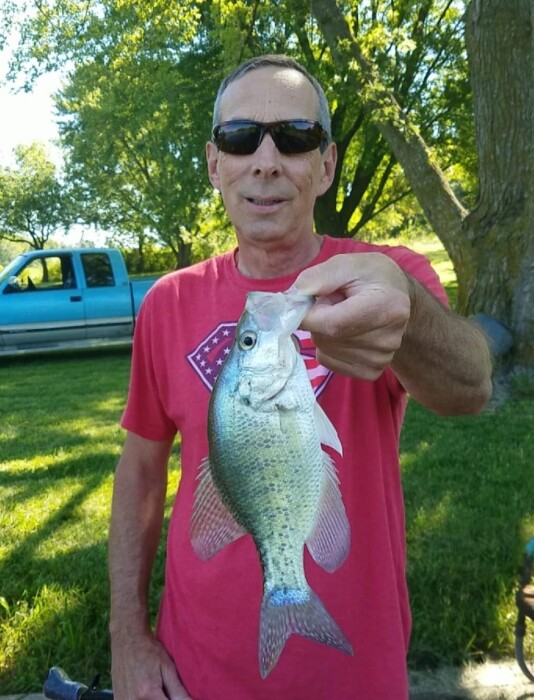 Gregory Lee Kotschwar was born on April 16, 1959 in Culbertson, NE; the son of Donald H. and Nell (Bryan) Kotschwar.  He grew up and attended school in Culbertson where he graduated from Culbertson High School with the class of 1977.  He attended college in Colorado and later began his career in law enforcement; a career that he continued through his entire life.  He worked for the Otoe County Sheriff’s Office as a Deputy for some 32 years.

He is survived by his daughter Clancy Kotschwar of Lincoln, NE; significant other Roxanne Moyer of Nebr. City; siblings:  Sandra Cuffin of Tuscon, AZ, Jay Cornwall of Arnolds Park, IA, Connie Virts of Lincoln, NE; his many co-workers-past and present-from the Otoe County Sheriff’s Office, other extended family and friends.

Greg was preceded in death by his parents and brothers:  Donald Kotschwar and Jeff Kotschwar.

No formal services are scheduled at this time.

Plant a tree in memory of Greg by clicking here.
To send flowers to Greg's family, please visit our floral store.

Services will be held at a later date

Plant a tree in memory of Greg
An environmentally-friendly option

Plant a tree in memory of Greg

1 tree planted in memory of Greg

Clancy, I was blessed to have met your dad and to call him my friend.  He always boasted about what a beautiful and smart daughter he had. I know that you meant so much to him. I have so many fond memories of all the adventures we had during the years we worked together and all the jokes he shared to brighten my day.  I am so saddened by the loss of your father and my thoughts and prayers go out to you, Roxie and the rest of your family.

Yet another good man gone.  Blessed are the Peacemakers for they shall be called the children of God.

A Memorial Tree was planted for Greg L. Kotschwar

Plant a tree in memory of Greg